Read It Again for the First Time

Christmas, Synchronicity and the God Who is Always Prepared

Since 1983, Dwight Nelson has served as lead pastor of the Pioneer Memorial Church on the campus of Andrews University. He preaches on the “New Perceptions” telecast, teaches at the theological seminary and has written some books, including The Chosen. He and his wife, Karen, are blessed with two married children and 2 granddaughters.

More In This Series

On Sabbath December 10, during both services, we are bringing back the toy collection to give and share with the children in our community. Please bring a new, unwrapped toy to share for ages newborn through 16. These will be given to the children in our
community.

Soup for Students is back!

Soup for Students is back! It is time again to show our students love and support during finals week. We are looking for commitments for 30 pots of soup and volunteers to help serve and clean up. If you are willing to participate, please text “SOUP” to 269-281-2345 Please drop off your pot of soup at the Church on December 13, Tuesday between 9:00 AM and 5:00 PM. Thank you!

Deuteronomy 8:18 - “But remember the Lord your God, for it is he who gives you the ability to produce wealth, and so confirms his covenant, which he swore to your ancestors, as it is today.”

We worship God with our resources because He gives us the power to produce wealth. The parable of the talents tells the story of three servants who received a share of their Master’s property and their reports about how they used it to produce more wealth. The three servants had this in common: They faithfully returned to the Master what belonged to Him. However, the first two did something in addition. They produced wealth with what they had received, and they were rewarded for that practice. As God promises the “ability to produce wealth” to all His servants, it is unfortunate that the third servant failed in this area and was deprived of his master’s reward.

As believers, we are responsible for what we have received and for what we can produce. Ellen G. White writes these words: “In making a profession of faith in Christ we pledge ourselves to become all that it is possible for us to be as workers for the Master, and we should cultivate every faculty to the highest degree of perfection, that we may do the greatest amount of good of which we are capable. —Christ’s Object Lessons, p. 330. Growth in all areas of life and participation in the production of resources is a divine assignment. This responsibility often needs courage, strength, perseverance, and self-discipline. It is a daily uphill journey. However, no one has to be discouraged or to quit. God made a permanent promise: the ability to produce wealth.

The principle of doing “the greatest amount of good” is an invitation to reassess our giving. Today, through our faithful giving, we are a source of blessing. This week as we worship with our tithe and regular offerings, let us reflect and pray on how to become a greater blessing by growing our resources to their real potential.

There is no fellowship dinner this Sabbath, November 26.

Join us on Friday evening, December 9, 7:00 PM, at Pioneer Memorial Church, and be inspired by a program of music, Scripture readings, and drama honoring the King of Kings.

Feast of Lights—now in its 49th year—is the Christmas musical gift from Andrews Academy to the Berrien Springs community and beyond. It is an evening of instrumental music, bells, choral and congregational singing, lights, and a Nativity scene.

Chorale and Orchestra will end the program with the Hallelujah chorus. The church sidewalks will be arrayed in Christmas lighting. The program will speak to your hearts of His wondrous love.

Experience with us the joyful retelling of the Christmas story: beginning with the humble incarnation of the long-expected Messiah, and culminating with the Lord of Lords receiving "the kingdoms of this world" and our universal expression of praise: "Alleluia: for the Lord God omnipotent reigneth.... and He shall reign for ever and ever (Revelation 19: 6, 11:15)." 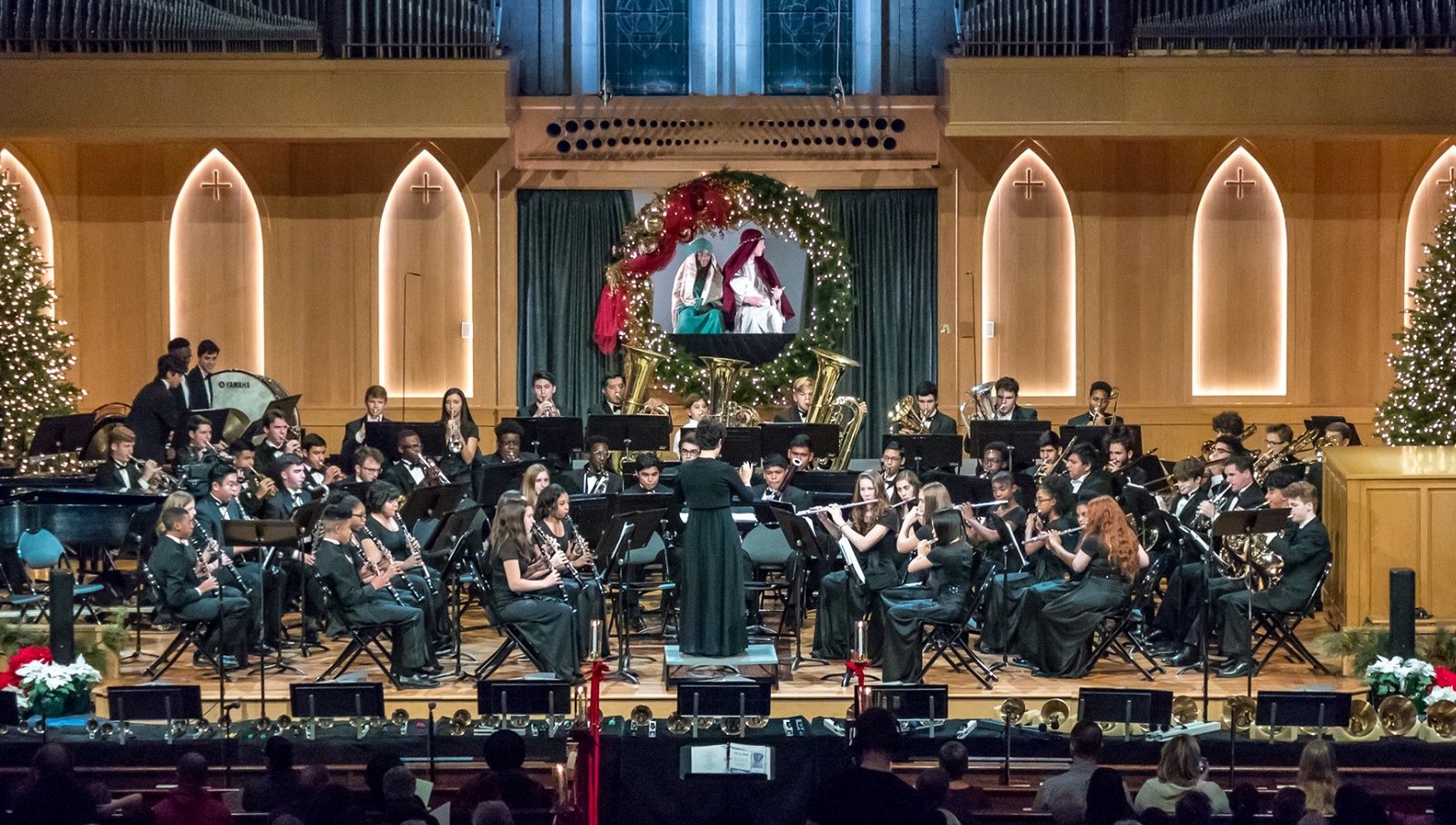 How precious is Jesus' name! Isaiah 9:6 says: "For to us a child is born, to us a son is given, and the government will be on his shoulders. And he will be called Wonderful, Counselor, Mighty God, Everlasting Father, Prince of Peace." This Christmas season the Pioneer Women’s Ministries Team is delighted to unwrap twenty five names of Jesus until Christmas. A daily e-mail and a text will be sent to the those (women & men) who sign-up. To register text the word “GIFTS” to 269-281-2345 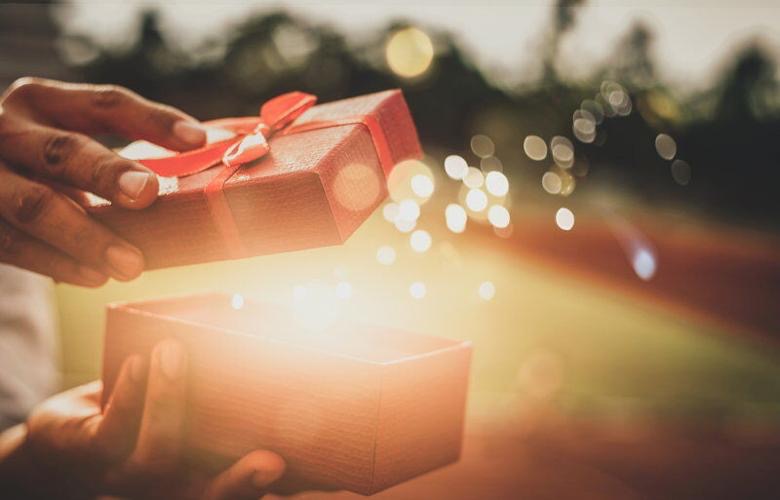 Do you have an announcement to share with the Pioneer family? Please submit all announcements online when possible. If you do not have access to Internet, you may call and leave a detailed message at 269-471-3647.

Pioneer's Evergreen Pathfinder club invites you to support their participation in the upcoming International Pathfinder Camporee in Gillette, Wyoming, August 5-11, 2024. To raise the needed funds, they are partnering with Florida Indian River Groves to bring you fresh fruit. Fruit is harvested the very same day it ships to ensure that you receive fruit that is hours off of the tree. Now that's fresh! Now's the time to pick up a box of Navel Oranges that are sure to be bursting with flavor or a box of sugar-sweet, Indian River Red Grapefruit. And don't forget your friends, family, and coworkers. Everyone loves fresh fruit from Florida; and you'll be supporting our Pathfinder club at the same time!

Please spread the word by sharing our website pmchurch.org/pathfinders. Thank you in advance for your support - and enjoy the fresh fruit!

Update: You can still order fresh fruit with $9.95 flat-rate shipping

If you miss the deadline for ordering fruit, you can also give directly to the Evergreen Pathfinder Club. Select "PMC Pathfinder Club" from the "Local Offering" categories.

On Sunday, December 4 from 10:00 AM-12:30 PM Pioneer will be working on various projects at Neighbor to Neighbor. We will be forming small teams to complete tasks, and we need volunteers! Let's spend time together being Love on the Move at N2N! Register here: https://churchteams.com/m/Register.asp?a=NFFwcTRMdEhIY1E9 or text NEIGHBOR to 269-281-2345

Something In Common Sabbath School