For details regarding prevention measures in place and the COVID-19 Pioneer response click here.

Since 1983, Dwight Nelson has served as lead pastor of the Pioneer Memorial Church on the campus of Andrews University. He preaches on the “New Perceptions” telecast, teaches at the theological seminary and has written some books, including The Chosen. He and his wife, Karen, are blessed with two married children and 2 granddaughters.

More In This Series

Arthur Schlesinger: “What makes the current situation worse today is that the world faces a spreading recession that will intensify every grievance, every antagonism, every hatred. As good times ease entry into full membership in a national community, so hard times sharpen animosity and conflict. Unemployment, especially among the young, poisons human and social relationships. People who can’t find jobs look around for some other to blame—the blacks or the Jews or the immigrants. If the U.S. goes into depression, it will not be a melting pot. It will be a boiling pot.” (Wall Street Journal 12/11/91)

The Great Controversy: “Those who honor the law of God have been accused of bringing judgments upon the world, and they will be regarded as the cause of the fearful convulsions of nature and the strife and bloodshed among men that are filling the earth with woe.” (614)

  #7—Blamed by Babylon, they are thrown to their death—but the Son of God is with them—and them.

Congratulations, Andrews Academy seniors! May the same Lord who got you here lead you into the uncharted adventure ahead! “I am with you always,” is His promise.  Everyone is invited to attend graduation weekend events. Class Night May 26, 7 PM @ Andrews Academy, Consecration May 27, 8 PM @ Village SDA Church, Baccalaureate  May 28, 11:45 AM @ PMC, @ Commencement May 29, 11 AM @ PMC. 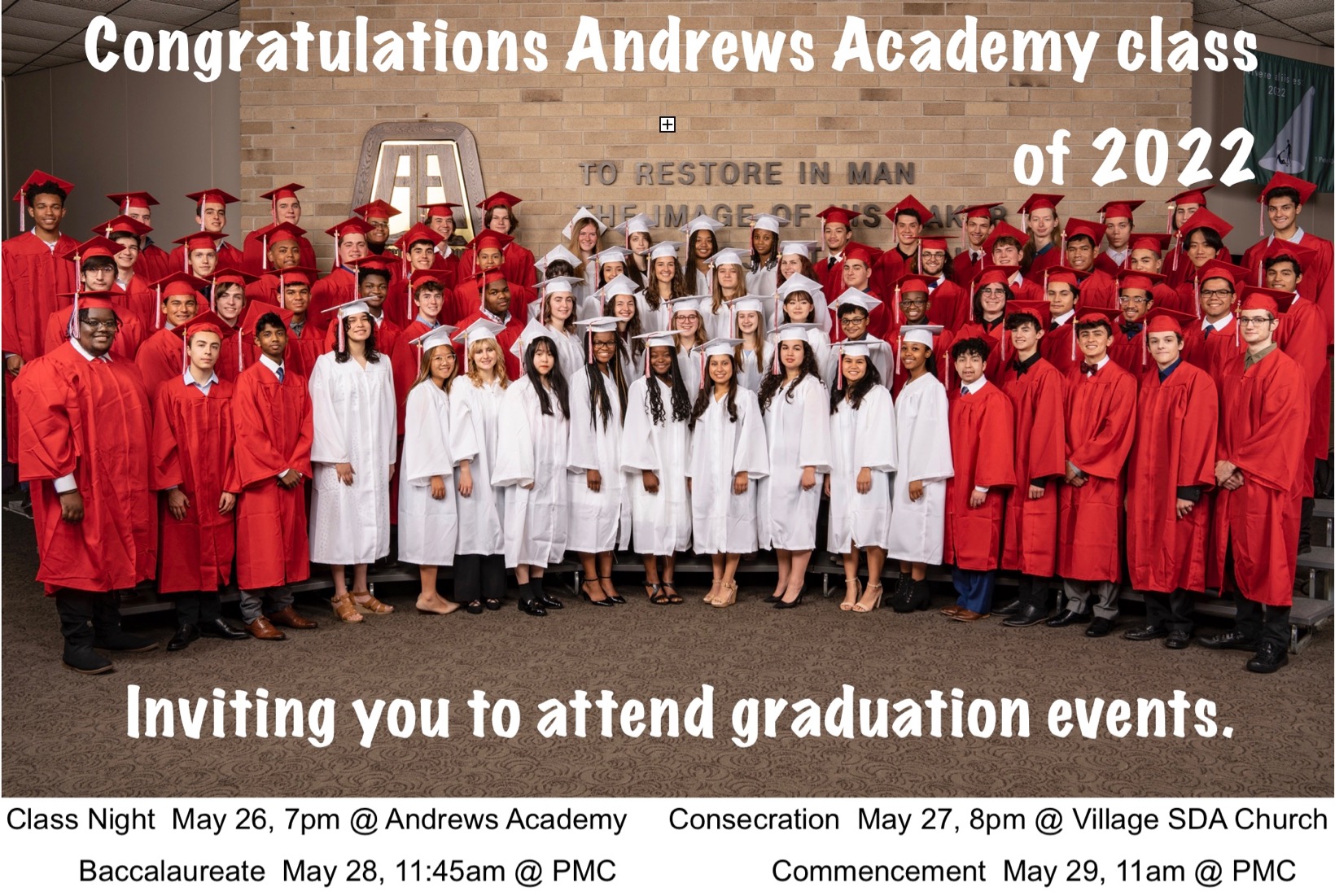 If you enjoy praying for others, join one of our Prayer Teams which meet in person at the church during the first and second church services (your choice). Teams will rotate on a scheduled basis. A monitor in the Prayer Room allows the teams to hear
the congregational prayer and the sermon. For more information, text PRAY to 269-281-2345 (text has been updated and is now working properly). 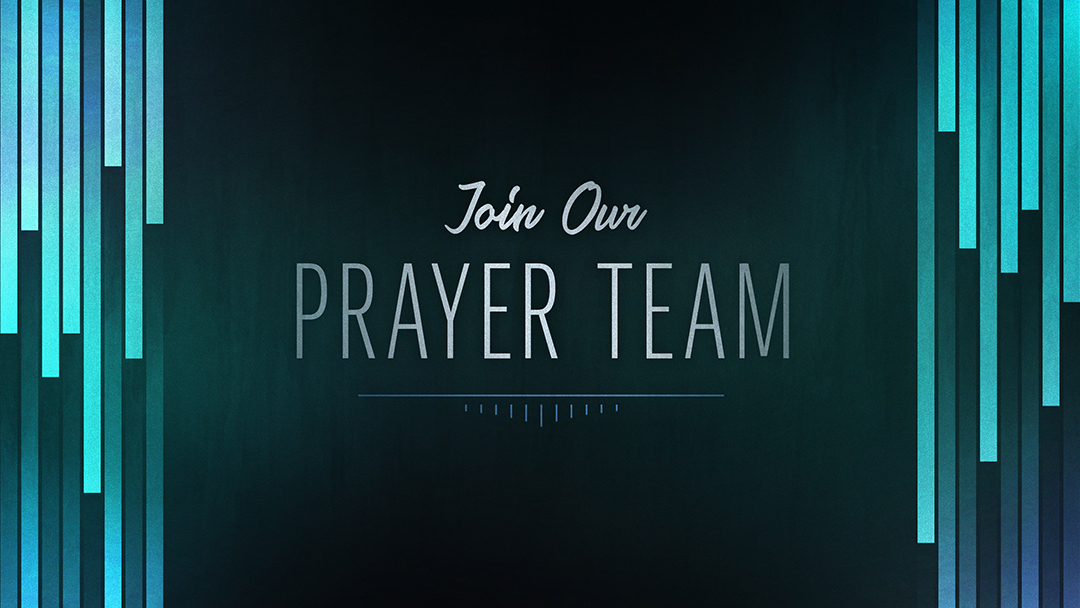 Members with last names between Omari and Rorabeck are specifically invited to join our fellowship dinner following second worship service this Sabbath in the Commons. Next Sabbath, May 28, members with last names between Rosen and Taber are invited. If you are not on the invited list, but would like to come, you are welcome. Just bring a dish of your favorite food to share and join in the fellowship. Visitors are always welcome, too!

The Junior High students from Ruth Murdoch Elementary School will hold The Tent meetings on Friday, May 13 through 22, 2022. Meetings take place every night, except Tuesday. We invite you to support our kids by watching and invite a friend or family member to watch too, so they can get to know Jesus better.

Pioneer’s Preschool Pray & Play group provides families who are welcoming new children into their homes (by birth, adoption, foster care, etc.) with meals. You don't need to cook to help out! We're in need of people who can:

As we get more volunteers, we're hoping to expand this ministry to help families identify the many rich resources available to them at Pioneer and in our community. We want to be the hands of Jesus to new parents and their kids in as families grow.

We are in need for additional volunteers for Pioneer's Traffic Ministry. The weather outside is getting warmer and this would be a great opportunity for you to show your kindness, caring, and smiles to everyone who enters our church doors for Sabbath worship. If you are interested or would like more information, please contact Darryl at legoh@andrews.edu or text 732-379-1300. Thank you.

Pioneer Women’s Ministries is hosting a ladies’ Springtime Luncheon
Speaker: Esther Knott
Topic: Daily Time with Jesus
May 22, 2022 at 10:00 AM
Pioneer Memorial Church Commons
The first 40 women who register will be able to choose a New Testament
journal for one of the books of the NT.
For gluten-free option email: yolande.robertson@pmchurch.org
To register text PWMLUNCH to 269-281-2345
Registration is required!  Registration Deadline: May 18, 2022

Ministry and Grow Group Leaders: We are here to help you create appealing materials both digital and in print in order to familiarize people with your ministry or upcoming event. Because we support many ministries, kindly provide us with at least 10 design days from the time we receive your project details to completion. Additional time may be needed for printing and shipping when applicable. Submit your project online today at pmchurch.org/design/submit. -Pioneer Media Ministry

John Ortberg's 6-part series “All the Places to Go...How Will You Know" will help us identify open and closed doors and real opportunities. Dates and Sessions include: